China: The Rise and Fall of ‘University Cities.’ 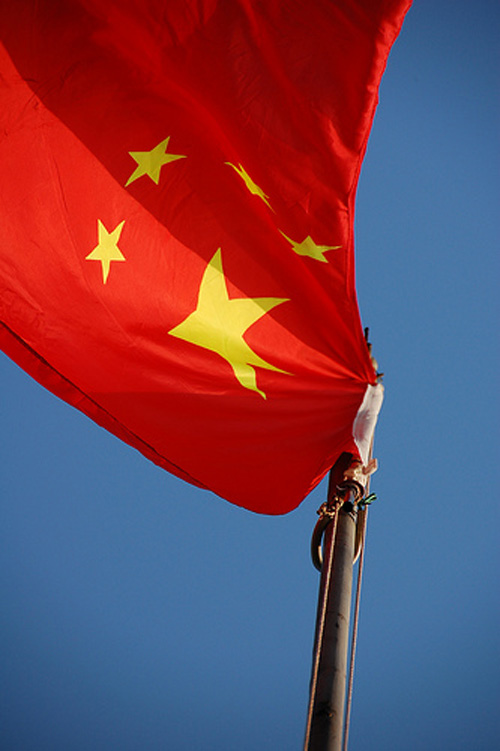 In 1999, China’s State Council issued a ‘Decision Concerning the Deepening of Education Reform and the All-Out Promotion of Quality Education.’ This document introduced the term ‘education industry’ (教育产业) along with two major policy changes: a dramatic expansion in university admissions and the devolution of part of the control over higher education from the central government to the provinces. Yet in 2004 top officials of the Ministry of Education publicly denied that education was being ‘industrialized.’ Along with this denial came the renunciation of another previously favoured concept: ‘university cities’ (大学城).

Every June, all fresh graduates of China’s upper secondary schools sit for a national higher-education entrance examination. The entire primary and secondary education process, with numerous admission and ranking tests at lower levels, is preparation for this event, the gaokao (高考). Its results are the sole criterion that determines which university an applicant is admitted to. In the late 1990s, 9% of secondary graduates gained admission to one of the country’s thousand or so universities and colleges. In its 1999 decision, the State Council declared that, by 2010, their share should be raised to about fifteen. Yet the ensuing rise was far more rapid: in just four years, the admission rate rose to 17%. By 2007, tertiary student population exceeded 20 million, up from 6.4 million in 1998.

The reasoning behind this decision was economic. The government reckoned that every million new graduates would raise China’s gdp by 2%. Not only did university graduates make skilled employees and attract higher incomes, but education itself was an engine of economic growth. Expanding annual student admissions from two to four million would generate 20 billion yuan (about 2 billion euros at 2010 conversion rates) in tuition fees and 4 billion yuan in student spending; combined, these would attract investment and other spending totalling 100 billion yuan. The government’s economic advisors were confident that ‘increasing domestic demand through education’ was a safe strategy: ‘Chinese people are traditionally frugal in eating and economical in consumption, but they won’t save on their children’s education’ (Zhong 2007).

‘University cities’ were among the most spectacular products of such thinking. The concept was created by the Beijing Foreign Enterprises General Service Company, which wanted to turn its training centre in nearby Langfang into a primary school but was advised by an education consultant to set up a university instead. When the consultant discovered that the land available exceeded the needs of a university campus, he suggested the creation of a ‘university city’. A year later, the construction of Oriental University City, based on the principles of ‘corporate investment, government support, market-based operations, socially engaged services,’ was officially announced. After four more years, the 730-hectare complex opened with a total floor area of 1.65 million square metres. Now describing it as a ‘leisure city of learning, science and technology,’ its marketing was to conjure up cutting-edge knowledge and a departure from the usual cramped campuses and tedious lectures all at once. Before people could have got over their amazement, however, the enticing image went up in smoke amidst conflicts over illegal land use, graft and loans the investors were unable to pay back (Zhang 2004).

Oriental was only the first of over sixty ‘university cities’ that sprung up across China after the expansion of student recruitment stretched existing campus infrastructure beyond its capacity. Suburban municipalities lured universities into building new campuses by offering land and funding. Though most were located around prosperous coastal cities, four ‘university cities’ went up around Zhengzhou, the less-than-wealthy capital of the inland Henan province. The schools that moved to, or were set up in, these complexes were of varying reputations, from nationally known universities to the obscure specialist colleges, but all were registered as public—that is, under the authority of a ministry or a local government. (Private universities in China exist, but are very few and tend to be much smaller and less well-funded than public ones.) Yet in 2003, in a spectacular about-face, the government ordered a halt to their construction in an ‘extremely urgent’ circular (State Reform and Development Commission et al. 2003). By this time, many ‘university cities’ had turned into construction sites besieged by students, parents, investors, universities and local governments, all demanding their money back. Unable to pay back the loans they had taken out, universities reacted by raising tuition fees. For example, the annual tuition fee at universities at the Songjiang University City on the outskirts of Shanghai was set at 10 000 yuan, twice the amount officially allowed for public universities (the difference was labelled ‘construction fee’). A contractor for Oriental University City who was unable to pay his workers was attacked and severely beaten; another committed suicide (Zhang 2004). At sites that had been approved before 2003 and not been abandoned, construction continues, in fits and starts, to this day.

Part of the problems was caused by the fact that students did not spend time, and therefore money, on the new campuses, which were constructed hastily—sometimes in a matter of months—and often shoddily, and had little more than lecture halls and a cafeteria; students at the Songjiang University City campus of the East China University of Politics and Law, for example, had to wait a year before the library moved from the old campus. One of the main pedagogical justifications for ‘university cities’—the pooling of expertise that would allow students of one university to take classes at another—also foundered on institutional resistance. Faculty housing—a benefit generally provided by universities in China—remained on the old campuses, as lecturers were reluctant to abandon their familiar, more central locations; so did university offices. Failing to encounter what they considered a ‘university atmosphere,’ students and parents felt cheated, and applications to the new campuses declined. The ‘lifestyle communities’ that planners had promised failed to materialize, and enterprises that moved in to cater to them defaulted on their rent and went out of business. Local governments did not fare so badly: real estate prices around the ‘university cities’ mostly did go up, and enterprises did move in. But they faced protests by peasants whose farmland had been expropriated, often with insufficient compensation, to build the campuses and adjoining commercial areas. In many cases, planners exaggerated the numbers of prospective students in order to obtain more land at the low prices stipulated for educational purposes: the combined area of three ‘university cities’ around Nanjing, for example, is 26 times greater than the campus of Peking University, while the area of Kunming University City, still under construction, is equivalent to half of Kunming City itself. In fact, part of these grounds has been used to build golf courses and villas.

The government now says that ‘industrializing education’ is a distorted understanding of marketization. Its new slogan is ‘reasonable marketization’ (理性市场化), a standard that, it has made clear, China’s higher education is still far from having reached (Zhong 2007). This refers to the lack of real competition between universities for funding and to the continuing obstacles in the way of private universities, two factors blamed for the inability of China’s higher education to meet demand in terms of either quantity or quality. Having inherited a Soviet-style academic system in which research has traditionally been concentrated in institutes rather than universities, the government announced, in 1993, the so-called 211 programme, which designated the top one hundred universities for additional funding. Between 1999 and 2002, another funding programme benefited what was designated as China’s best 39 universities (‘China’s Ivy League’). This introduced a further rung into China’s already highly hierarchical higher education system: bachelor’s programmes are divided into three categories. Today, some employers limit recruitment for particular jobs to graduates of the ‘top hundred’ universities; such a degree also counts as a positive factor for non-Shanghainese when applying for a residence permit in the city.

Lin Yi describes how the audits practiced by China’s elite universities are resented by academics returning from the West in much the same terms as the criticism of audit practices in Europe or Australia by scholars there; yet these returnee scholars see the audit system as a practice tied to China’s cultural and political peculiarities, rather than an intrusion of global neo-liberalism, and feel nostalgic for the Western institutions they had left (2010). This points to the problems of applying the term ‘neo-liberalism’ with its market-state dichotomy to the situation in China. The audits are certainly designed to increase academic ‘productivity’ and ‘competitiveness’ measured on a global scale, yet they are also embedded in a history of top-down evaluations that goes a long way back in the Chinese Communist Party’s history as a Leninist-Stalinist organisation (Kipnis 2008), and they are often coupled with more, rather than less, state funding.1 Similarly, the story of ‘university cities’ points to the limited usefulness of ‘neo-liberalism’ as an analytical category in explaining the ultra-rapid expansion of higher education in China. Land speculation and fly-by-night entrepreneurs seeking quick profits are key elements in the story, yet the universities involved remain state-owned, the rise in fees has been limited and state-controlled, and the ultimate beneficiaries so far have been municipal governments.

In 1999, China’s State Council issued a ‘Decision Concerning the Deepening of Education Reform and the All-Out Promotion of Quality Education.’ This document introduced the term ‘education industry’ (教育产业) along with two major policy changes: a dramatic expansion in university admissions and the devolution of part of the control over higher education from the central […]